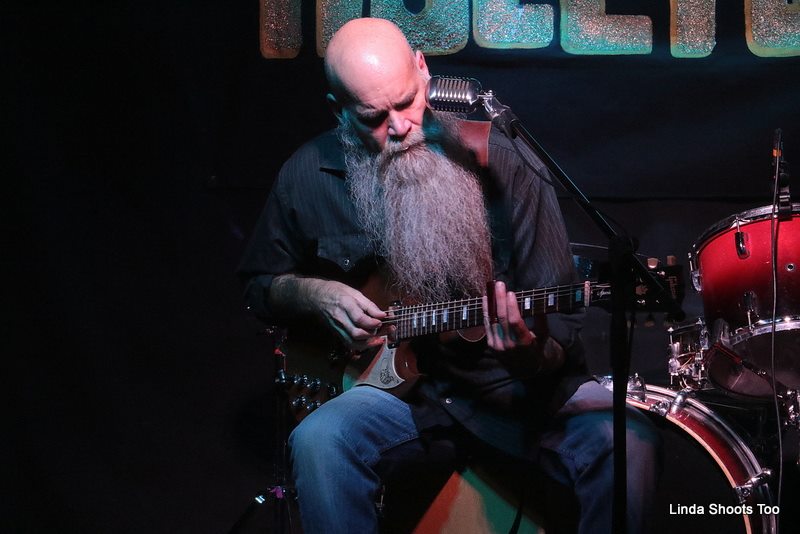 Canadian singer/songwriter multi-instrumentalist, Dan Walsh is already well known for his collaborations with a number of talented musicians. He’s added his bluesy-bluegrass signature style to more than 40 albums and toured across North America, Europe and Australia.

For many years Walsh was a key member of Fred Eaglesmith’s band, The Flying Squirrels, where he played more than a couple of hundred gigs a year and shared the stage with the likes of Willie Nelson, Little Feat, Delbert McClinton, Willie P. Bennett and the Del McCoury Band.

In 2012, Walsh re-invented himself as a solo looping artist and released his 3rd solo album entitled “Outta The Jam.” Adam Dawson from Broken Jukebox writes:

“Outta The Jam is technically the third release from sideman extraordinaire, Walsh, but it’s the first one the bearded one sings on. The addition of vocals is a major plus to me as instrumental music gets really boring really fast no matter how great it is. While the instrumentation, specifically Walsh’s flawless guitar work, is still the star on this one, his songwriting and vocals are a welcome addition.

The presiding sound of the record to me, is fantastic white guy funk teamed with gritty Warren Haynes like slide guitar riffs. The songs themselves range from the silly, playful “Beard”, an ode to Walsh’s defining physical feature, to the seriously, personal “Naked Emperor” and “Our Stairs” which documents the feelings in the aftermath of a failed relationship.

I was impressed throughout the entire album with Walsh’s previously missing vocal talents and his ability to find the right sounds to perfectly compliment them”.

Since going solo, Walsh has performed over 1000 shows across North America, Europe & Asia including opening for Ike Stubblefield and Col. Bruce Hampton.